Great news! Downtown Lynden was the winner of America’s Main Street Competition! This is a recognition that we are proud to be a part of, and I hope that you can make it out to the celebration on July 4th.

Downtown Lynden just got a bit more worldly  with the grand opening of CubanoCubano!

The food truck provides customers with an selection of Cuban sandwiches, bowls and side dishes including their signature sandwich made with slow-roasted pork shoulder, cured ham, Swiss cheese, yellow mustard and dill pickles, served on fresh Cuban bread. YUM!

The owner and chef, Sean Beanblossom, is from Lynden and has returned to the area after working as the executive chef for Brannon’s Brewery in Portland, Oregon. Beanblossom shares, “Our bread is sourced from a century-old bakery in Miami, Florida that focuses on Cuban bread and baked goods. We are focused on creating the ultimate Cuban experience and being as fresh and authentic as possible!”

The first Cuban food truck in Whatcom County will be stationed at Splash ‘n’ Dash Car Wash at 1850 Front Street in Lynden on Fridays from 11am-2pm, and will also be open right outside of Overflow Taps every Thursday from 5pm-10pm. You can also catch this tasty food truck at special events and festivals this summer including the Stones Throw Brewery grand opening on May 28 in Fairhaven along with the Commercial Street Night Market in Bellingham on June 3.

Out of 253 nominees from all over the U.S. competing to be named “America’s Main Street,” Downtown Lynden has made it into the top 25 Main Streets in America!

It has taken hard work and dedication to rebuild the destroyed and neglected buildings that were once the heart of Downtown Lynden. Vast improvements to Downtown has not only brought the community closer together, but has also attracted more visitors and tourists from all over wanting to see for themselves just how revitalized the area has become.

Cast your vote TODAY at www.mainstreetcontest.com to make Downtown Lynden America’s winning Main Street! The winner will receive $25,000 in cash and prizes that will go towards additional improvements to that Main Street.  Votes can be made every 24 hours and we have until May 29 to show just how deserving of this award Lynden is! 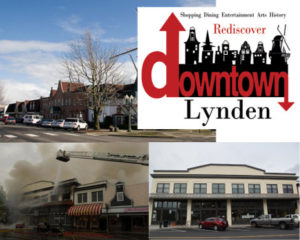